Here are the results obtained with a high performance WordPress hosting solution.

The women's online magazine that follows you everywhere! Every day articles, news and insights on Beauty, Fashion, Lifestyle and much more with an editorial slant different from the journalistic one tout court and in line with the trend of widespread journalism, the one that informs and entertains from below.

As reported in the description above, taken as it is from their site, for those who still do not know it yet Bigodino.it is an online magazine aimed above all at the female public (but not only) in continuous growth and strong expansion, which in a few months thanks to a wise editorial planning and a surgical use of social channels he managed to reach very important numbers. 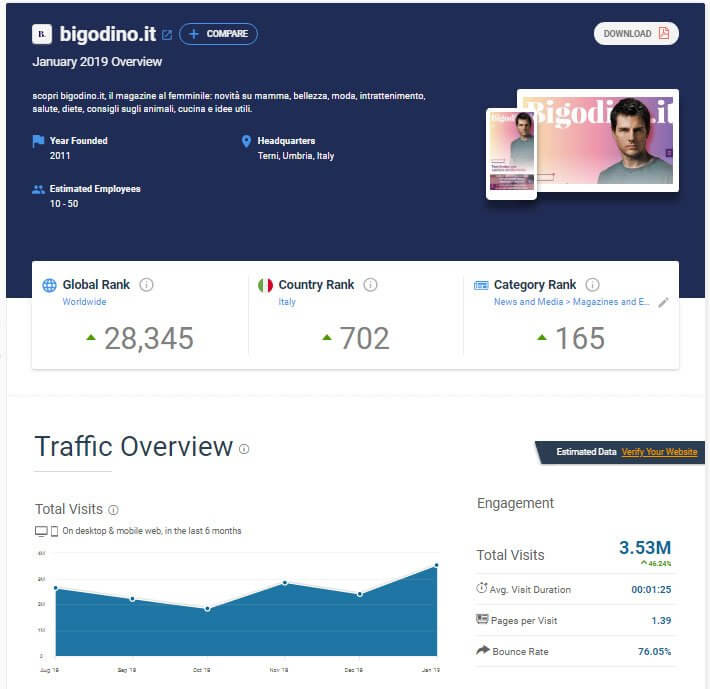 These numbers and traffic peaks (a rather common phenomenon in viral sites and news) have been accompanied by system-related problems that did not make the navigation and uptime of the site satisfactory, which in some cases was affected by the thousands of users connected by putting the site offline and therefore putting at risk the monetization of traffic as well as any SEO positioning in the eyes of Google that could have found the site offline.

As a standard solution that we offer to all those realities that have more than 200 visits per month and need guarantees such as uptime up to 99.98%, triple backups, and 24-hour managed assistance, we have proposed our WordPress Hosting services in order to solve the annoying problems.

Our hardware-based technology solution with Server 8 cores and 16 threads, 64 GB of DDR4 RAM, 2 SSD disks in RAID, 1 Gbit of bandwidth, and at the software level with a stack that includes NGINX, Varnish, Zend OpCache, PHP-FPM, Memcached, Redis.io, and Brotli, first of all allowed us to eliminate a CDN that had the function of serving content, but causing several problems in refreshing the cache and published articles.

Right from the start, the road test was brilliantly passed with peaks of about 4000 connected users and an absolutely optimal server load to the delight of the owners, the editorial staff and of course ours. 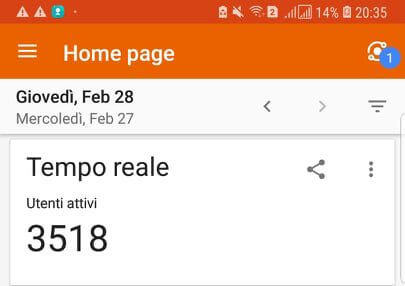 Obviously, as per previous case studies, the stack offered with this hardware and software configuration is capable of supporting much greater numbers, in the order of ten times as much, having already tested traffic peaks of over 50 thousand users connected in real time in cases of viral commercials without having to implement horizontal or vertical scaling solutions.

If you also have high traffic sites and want to get the maximum performance and enjoy the benefits that SEO is able to provide, do not hesitate to contact us to get the best solution at the best cost that most of the high traffic Italian sites have chosen.

Update after 30 months. Results obtained with an excellent Hosting Partner like ours

It seemed correct to show the evolution of an online magazine like curler.it after 30 months.

While not knowing in detail the editorial line and the business choices of the company (since we rightly only do Hosting), it seems evident that on the publisher side the best choices were made given the results.

For our part, we have certainly endeavored to bring new and lashing innovations at the technological level, such as the implementation of brotli compression, serving of webp images conditional and compatible with browsers such as Safari which natively does not support them, the implementation of better and more performing versions of Percona Server instead of the now famous MySQL, a superfine tuning of the network parameters, and other small tricks that have certainly offered some potential to those who would (and have been able to) exploit it.

Without going too far and expiring into technicality, looking at the images above of March 2, 2019, or 30 months ago, (about 2 and a half years) and the one below today to September 24, 2021, the website bigodino.it has passed from being the 702th site in Italy to being the 418th, and from having 3 million visits a month to have almost 17 million.

Practically an increase of about 500%, a good 5 times that. 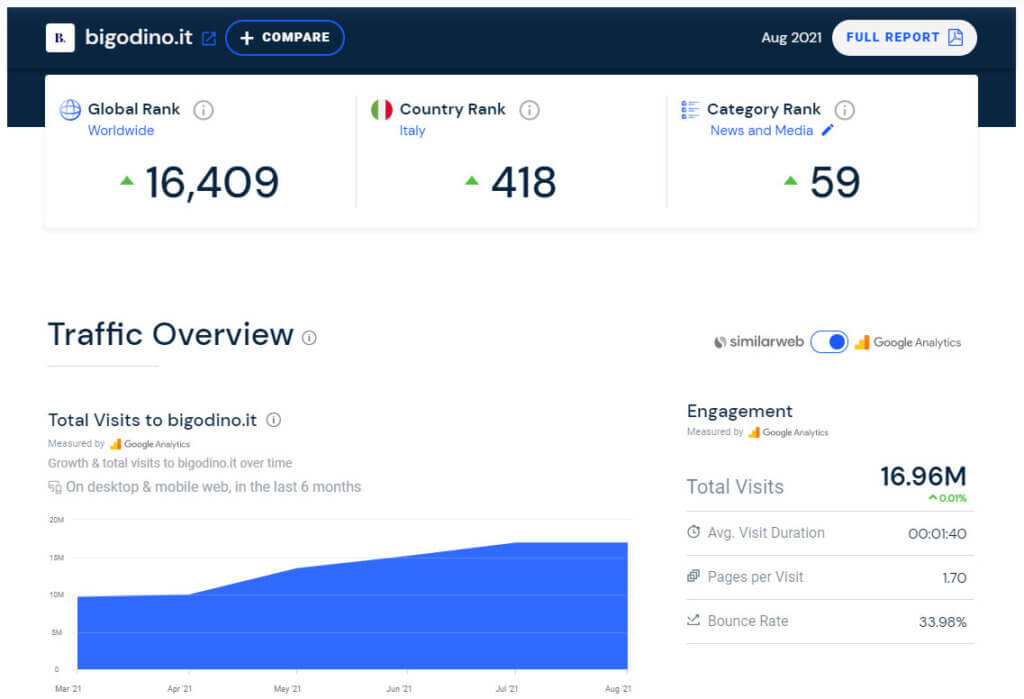 An ambitious goal achieved with skilful collaboration and synergy between the publisher and our support.